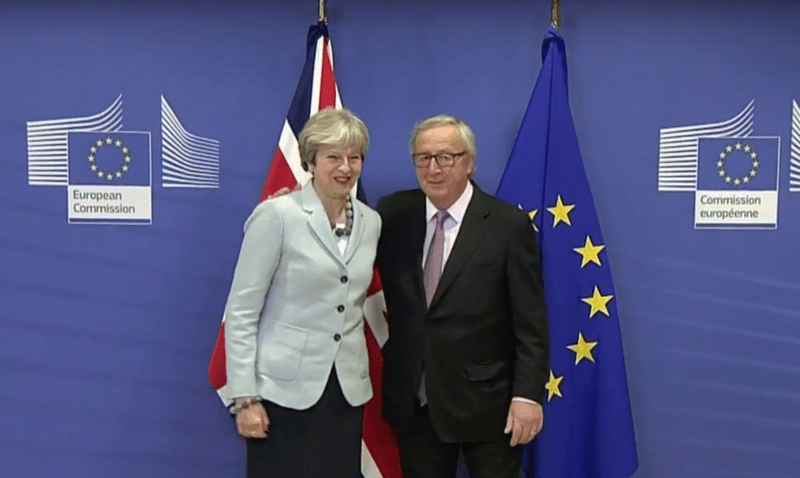 We want the rights of citizens on both sides of the channel to be protected. And we want to preserve peace on the island of Ireland. These are things any responsible politician should care about. The European Union and the United Kingdom have a joint responsibility.

We have a deal on the table which does exactly this. The Withdrawal Agreement that the European Union and the Government of the United Kingdom agreed on has in fact been on the table for 105 days now. The European Union is ready and our ratification process is ongoing. I have no doubt that it can be concluded on time.

However, as we all know the ratification has been more difficult on the UK side. That is why the Commission’s Chief Negotiator Michel Barnier and I personally have been working extremely hard over the past months to provide the additional reassurances the Prime Minister needs to help her get the deal over the finishing line.

Before the first meaningful vote in January, together with President Tusk, I sent a letter setting out our understanding of the Withdrawal Agreement, in particular on the backstop and our commitment to swiftly negotiate our future relationship.

Since then, the Prime Minister and I, we met very often, at least three times in the space of just one month, including in the desert of Egypt by the way.

We tasked our negotiating teams to explore additional guarantees and clarifications relating to the backstop, alternative arrangements to ensure the absence of a hard border on the island of Ireland and additions or changes to the political declaration related to the future relationship that could be helpful to all of us.

Michel Barnier met four times in the space of one month with the UK’s negotiator Steve Barclay and the Attorney General.

The EU has spared no energy, time or commitment to clarify, reassure or explain what the Withdrawal Agreement is – and what it is not. We left no stone unturned. Our mind has always been open, our work always creative and our hand has always been outstretched.

It is in this spirit that today the Prime Minister and I have agreed on a joint legally binding instrument relating to the Withdrawal Agreement. This Instrument provides meaningful clarifications and legal guarantees on the nature of the backstop.

The backstop is an insurance policy – nothing more, nothing less.

And if it were ever to be used, it will never be a trap. If either side were to act in bad faith, there is a legal way for the other party to exit.

The Instrument which sets out these details has legal force while fully respecting the Guidelines the European Council has unanimously agreed. It complements the Withdrawal Agreement without reopening it. My team and I have been in constant contact with our Irish friends over the past days and over the last hours. The Taoiseach would be prepared to back this approach in the interests of an overall deal.

Let us be crystal clear about the choice: it is this deal or Brexit might not happen at all.

Faced with this stark reality, Members of the House of Commons have a deep responsibility and fundamental choice to make.

If the Withdrawal Agreement gets the backing of the House, the European Union is ready to immediately begin preparations on our future relationship. The European Commission’s negotiation team is in place: our tireless and extremely skilled Chief Negotiator Michel Barnier will be at the head of this team. We are ready.

The United Kingdom may be leaving our Union but it will not be leaving our hearts and minds. We are bound together by common history and geography. Our personal ties, friendships and relationships run deep and this will never change.

It is with this in mind that I hope and I trust that today’s meaningful legal assurances will be meaningful enough for the meaningful vote tomorrow. Let’s now bring this withdrawal to a good end. We owe it to history.

Q1 Prime Minister, have you secured a time limit to the backstop or unilateral exit mechanism from the backstop? And President Juncker, does any of this change the contents of the deal at all?

President Juncker: The Instrument we agreed upon respects the spirit and letter by letter of the Conclusions the European Council has agreed upon. This deal, this Instrument, this arrangement, we have agreed upon today complements the Withdrawal Agreement without reopening it.

Q2 Prime Minister, has a single word of the Withdrawal Agreement changed as a result of your meeting tonight? And has the Attorney-General told you that he will therefore change his legal advice? And to you Mr Juncker, do you believe that this will go through tomorrow and if it does not, are you clear as you just said that that is it – no deal, no further changes?

President Juncker: I think I was rather clear just a few moments ago. There will be no new negotiations. This is it. And I am grateful to the Prime Minister for the friendly and determined way she was able to negotiate with me despite the difficulties we had. Thank you.